Get help and advice, news, information, great rates on various service products, plus many other benefits when you join.

END_OF_DOCUMENT_TOKEN_TO_BE_REPLACED

Mike is also Chairman of the PRA Technical Sub-Committee.

Graham has a Ford dealer franchise, garage workshops and BP brand forecourt on this single site.

John is Managing Director - Retail at George Hammond PLC. A Kent based family business involved with fuel retailing for more than 40 years.

Whilst aviation was where Sue started work as an apprentice at British Aerospace, for the last 25 years she has overseen the day to day operation of a family built and managed site that has sold Shell fuel since being built almost 50 years ago in 1966.

The Forecourt has a SPAR convenience store, located in a highly competitive area with an out of town shopping centre on the doorstep. The site also has a workshop and MOT facility.

Director of the Brookfield Group

Aziz Patel is a qualified pharmacist who started his own petrol retailing business in 1992 as a licencee for Jet in Sheffield.

He and brothers, Raj and Mebs, joined to form the Brookfield Group which today has strong interests in the forecourt retailing and commercial property sectors.  Knock down and rebuilds and New to industry projects have all been undertaken with significant in-house design and development contributions.

The company can claim to be a specialist owner/operator with Shell and BP fuel brands.  The shop is a major profit contributor with Nisa convenience stores plus Subway and Greggs food-to-go. However, they also have an important leasing arm with Morrison, Co-op, Rontec and EG Group amongst key clients for their forecourt developments.

With Umar (Raj’s son) and Ismail (Meb’s son) now fully hands on as 2nd generation in the business they have some exciting development opportunities in the years ahead.

Hemant is an Operations Manager for Park Garage Group Plc. Park Garage is a family run business that has Texaco, Gulf, BP and Shell branded stations in its portfolio.

Hemant graduated from Keele University and read Business Management and Marketing. Following university, Hemant joined the Supplier Payments team at Sainsbury’s to gain exposure into the retail industry. Having gained 2 years worth of retail experience, Hemant decided to join the recruitment sector to further his people and negotiation skills. Hemant worked with Modis, an American Recruitment Consultancy, for one year before joining the family business in February 2016.

Hemant now works in the operational team at Park Garage and hopes to further enhance the family business, firstly focusing on the operations side and then moving into fuel.

Following a successful career in law Ashley joined the Board of Directors in January to further promote the family business through a long term focus to expand its activities through developing state of the art outlets with “New to Industry” acquisitions and to continue its support of the petrol retailing industry.

The Kay Group was founded by her father; Ken Kay in 1972 and is one of the North West’s leading petrol retailers. Principle supply partners;  Shell, Texaco, BP, Spar and WH Smiths Stationary  compliment  the group’s in-store retailing partners, Subway, Greggs and Costa Express.

In 2017 The Kay Group built and opened the world’s first Greggs Drive-Thru and in 2018 secured planning approval for a second.  Also, as part of its business diversity plans the group has developed its third Costa Drive-Thru, with three more in the pipe line.

The group directly employs over 240 personnel and provides a local based service to over 300,000 customers a week. 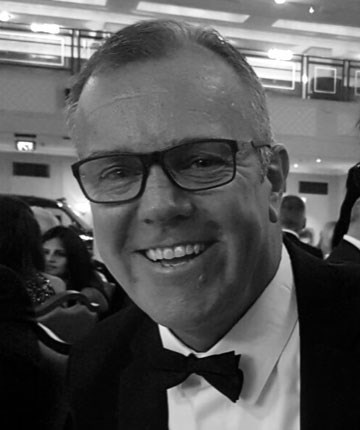 Mark came into the industry in 1987 working for Prime Garages, which was then the company that owned the network for Mobil Oil Company.

Mark managed a site for a short period of time before being appointed Territory Manager inside the M25, looking after approximately 60 sites and has held various roles from Sales to Card Marketing to rolling out Premier Points amongst many others.

When BP Mobil merged Mark went into the Dealer Network for a number of years before leaving to work for a very highly respected Independent Retailer, The Fraser Group who are still the only dealer to have won the National Forecourt Trader of the Year 3 times.

With over three decades of experience and knowledge Mark is pleased to be able to offer my input into how the PRA Executive committee shape our industry.